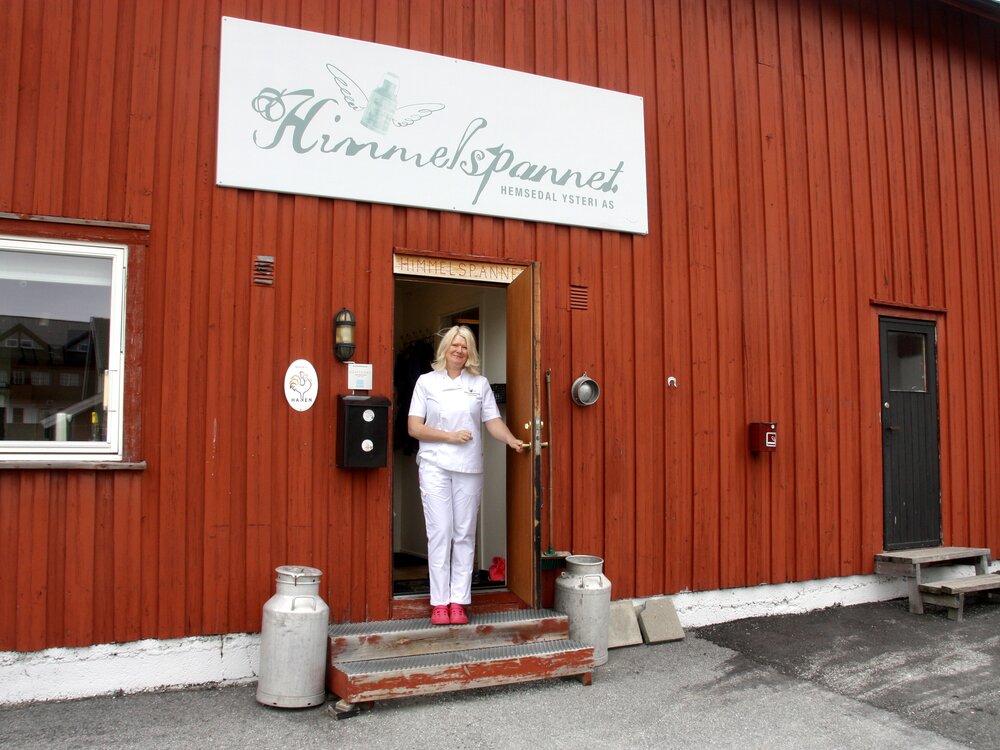 The team at Himmelspannet’s cheese adventure began with an old legend and the dream of making the world's best cheese using local ingredients and preserving mountain village traditions. Two decades later, their dairy- and goat cheeses have won medals in the Cheese World Cup and became mainstays on Hemsedal's culinary scene. Yet, in many ways, their adventure has only just begun.
By Isabel Müller Eidhamar og Frazer Peter Norwell
5 min
Updated 07 September 2021

"In the stables in Hemsedal, in fairly old times, the milkmaids discovered that all of their precious milk was mysteriously gone. However, legend has it that the people of Hauga had stolen the milk while people were asleep. The best milk now lays in Himmelspannet, heaven’s milk bucket, in shelter of the night’s darkness.”

This is how the local legend that inspired Himmelspannet's dairy in Hemsedal begins. The mystery surrounding what happened to the magical cow- and goat’s milk from the village lit the fire of inspiration among the dairy's founders. It was the idea that "what if'' they indeed had found the mystical milk, and thereby their cheesemaking journey began.

"Cheese has been made here in Hemsedal for many years. So, the desire to continue the old traditions has been a great source of inspiration," says general manager Janne Trandem from Himmelspannet.

She is one of a handful of employees at the dairy working their magic and making delicious cheeses, which are often found on both restaurant menus and supermarket shelves.

The dairy is not large, neither in manpower nor size, but hard work and focus on fantastic taste has taken the brand far. Himmelspannet makes four cheeses, and soon two new flavours will join the growing family of excellent hand-crafted cheeses.

"All our cheeses are named after or take inspiration from mountain peaks and landmarks in Hemsedal. So far we have Raudberg, Skogshorn, Geiteberget and Solglad. In addition, we have some news too… there will be two new kinds of cheese this autumn," Janne says.

They will be called Harahorn and Fausko, and contain ingredients collected from the surrounding nature.

"Our new Harahorn cheese contains a type of oregano that grows here in Hemsedal 1,000 meters above sea level. The other is called Fausko and is based on cow's milk with added chives and pepper," says Janne. 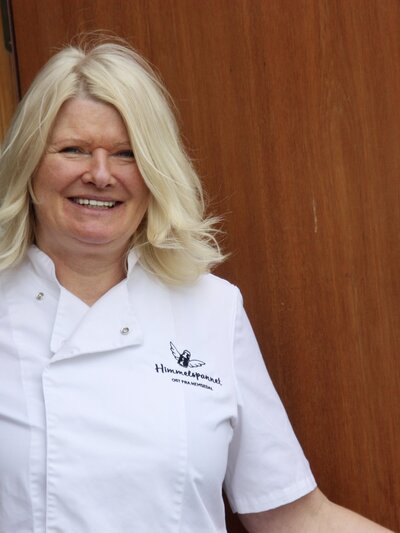 Janne Trandem moved to Hemsedal from Vestby in 2017. Since then, she has worked as general manager at Himmelspannet. Photo: Isabel Müller Eidhamar 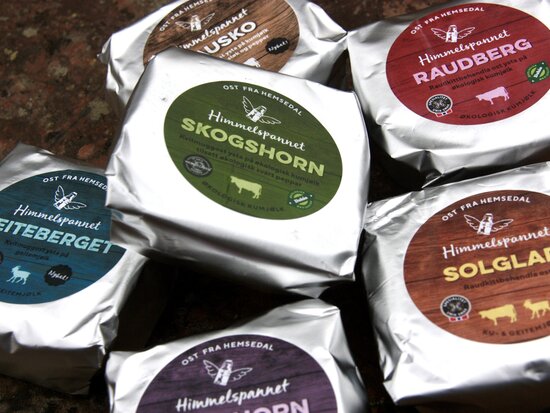 The building where Himmelspannet is located has a rich and long history in Hemsedal. Photo: Isabel Müller Eidhamar

Today, Himmelspannet's dairy is located in an old building opposite the Hemsil river in the center of the village, a building with a lot of history. For here it has over the years been both slaughterhouse, dairy, bakery and cheese dairy.

When national milk-provider Tine shut down their dairy production in Hemsedal at the end of the 90s, people in the valley dreamed of getting cheese-making in the village up and running again. So, as a kind of community service, Hemsedal Ysteri, later Himmelspannet, was established, says Janne.

A group of farmers from Hemsedal started the project, who found inspiration in old cheese recipes from when the village was better known for their cheesemaking than their ski resort.

Easter 2003 marked the sale of the first cheese, and Raudberg, made from cow's milk, was the best seller at the time. These days the organic white mould cheese Skogshorn, named after Hemsedals most famous mountain, now sits atop the bestsellers pile.

“Skogshorn is probably our bestseller, but Solglad, which is washed rind cheese made from a mix of cow's milk and goat's milk, has begun to catch up in recent years,” Janne says.

If there were an underrated gem at Himmelspannet, then it'd be Geiteberget, named after a mountain top in Ulsåk, that deserves more plaudits.

"People are a little bit sceptical about goat's cheese, but it tastes fantastic. I feel there is far too little focus on our Geiteberget cheese. It tastes incredibly mild but is very tasty and pairs well with salads," The master cheesemaker explains.

In 2010, Himmelspannet reached the major landmark of securing a contract with Kjøpmannshuset/Norgesgruppen and was the first local food producer in Norway with a national chain agreement.

The cheese started appearing on shop shelves in Meny across Norway and Hallingkost stores more locally in the years that followed.

"We sell a lot at Kiwi here in Hemsedal, and we are represented on all the menus at the restaurants in the valley, so we are very proud of that," says Janne. 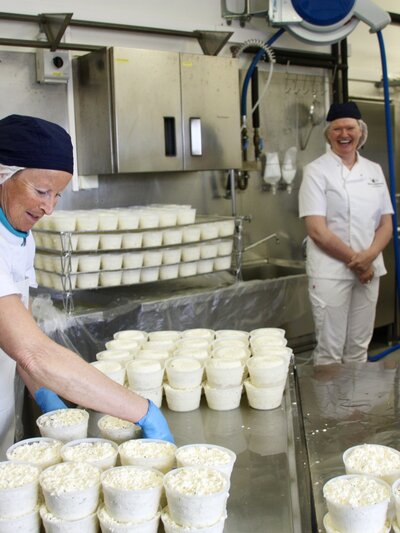 There is a good atmosphere at Himmelspannet. Photo: Isabel Müller Eidhamar 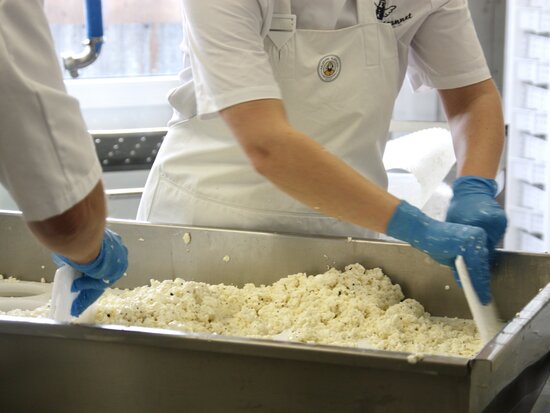 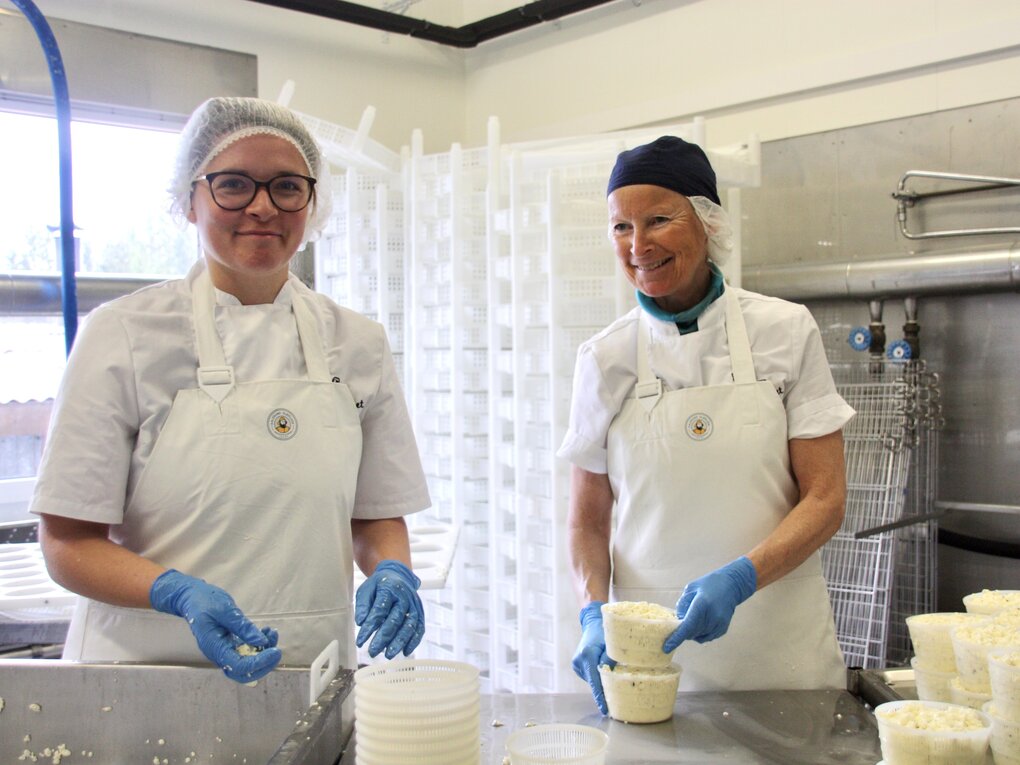 Sylwia together with mother-in-law Åse at work at the dairy. Photo: Isabel Müller Eidhamar

"The most important thing for us is that we want to help create something that is great and means something to people," Åse says.

While they speak to us, they are in the middle of the cheese-making process, and the focus does not stray from the cheese. Despite the laser sharp focus at play, there is still a pleasant and light atmosphere in the room and lots of laughter.

The gang at Himmelspannet are good friends that get to work together every day.

"There are many people that have found our cheeses and fallen in love with them. So it's always nice to hear," Åse says.

It's not just locals who like the taste of Himmelspannet. The cheese has repeatedly won prestigious food awards and has been praised across the globe.

"During the Cheese World Cup in 2018, Himmelspannet was awarded two silver and one bronze out of four possible prizes, and we were in the final of Det Norske Måltid in 2012 and have won the Coop prize, says Janne."

The walls of the dairy are adorned with plaques and awards for almost every cheese they've made. Ysteriet was also the first producer in Hallingdal to receive Matmerk "Spesialmerke-Unik Smak", and won Menys Mattskattstipend in 2017. Furthermore, they have also appeared on television both in Norway and internationally through "En Bit av Norge" (A bit of Norway) and "New Scandinavian Cooking" and other food and travel programs.

"Our long-term ambition is to make Hemsedal as famous for cheese as for skiing. We are not quite there yet, but we are working on it", says Janne.

Today, the dairy produces about four million kroner worth of cheese a year, and next year they will expand their operations. Then the gang hopes to set up a small farm shop that can sell products from all over the valley.

We have so many fantastic ingredients in Hemsedal. We want to highlight that, and then we will, of course, show off our cheeses.

"The dream is to manage the world's best local ingredients."

And so the fairy tale will continue about the people of Hauga and the stolen milk which was not lost but found and made into delicious cheeses by the dairy farm in the mountains. 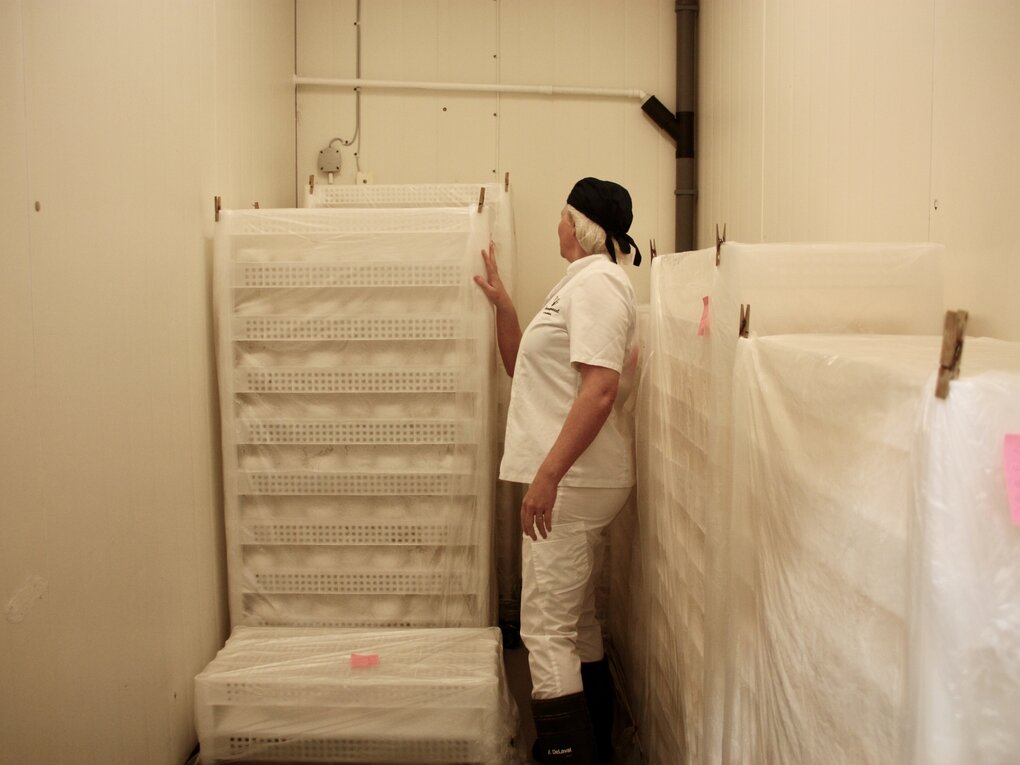 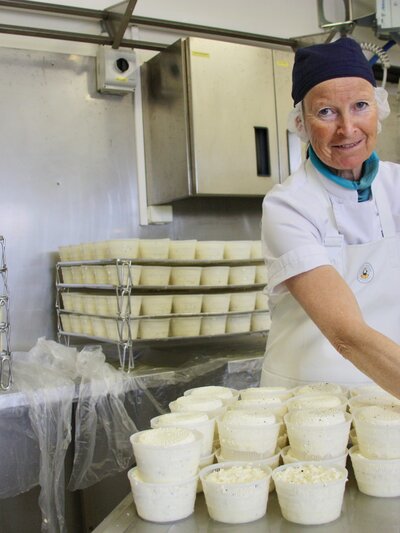 Åse has worked at Himmelspannet since 2017, and loves their job. Photo: Isabel Müller Eidhamar 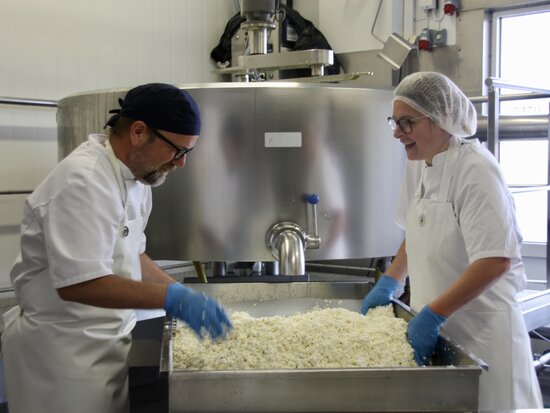 Arnt and Sylwia are in full swing with the cheese making on Himmelspannet. Photo: Isabel Müller Eidhamar